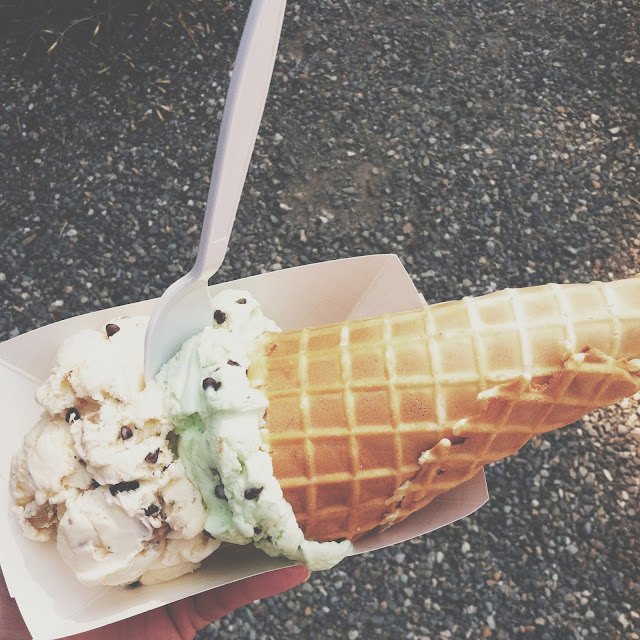 See this gargantuan ice cream cone? I won it for answering a sea life question on a cruise of Deception Pass. The question: What ocean-dweller has the largest eyes on earth? I went back and forth for 15 seconds or so about whether it was a Colossal or Giant Squid, but I decided to go with Giant Squid because everyone isn't aware there's a difference between the two and I wasn't sure how much of a stickler the guide would be. (Don't worry, Catherine has already informed me how this story makes me sound like a know-it-all jerk.)

Turns out, the guide's nametag doesn't read Cameron: Naturalist for nothing because he was like, "That's right! The largest eyes belong to the Colossal Squid, which has eyes the size of dinner plates." Dang it! I mean, he still gave me the win, even after I pointed out that technically, I didn't answer the question correctly. (See! Know-it-all weirdo!) Let this be a lesson to us all: always go with your gut, especially when ice cream is involved... 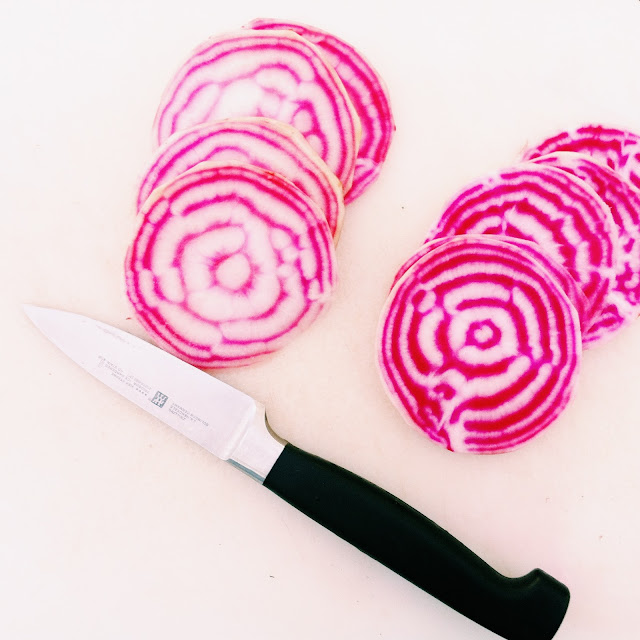 OK, so these are all technically Instagram pictures, but before they made it to Instagram, they've all gone through the Visual Supply Company (or VSCO) Cam app. I think I've mostly abandoned the filters on Instagram in favor of the editing presets of VSCO. Am I turning into a camera app snob? Possibly...but I still use Instagram for posting all my pictures (and some videos), and I definitely like the Instagram community, but VSCO is a step up in design, control, and all-around sharpness. At the very least, I'd recommend picking up the app for your iPhone. While you can buy extra filter and editing packages, the VSCO app and basic preset filters are free. Believe me, free is definitely a bargain. 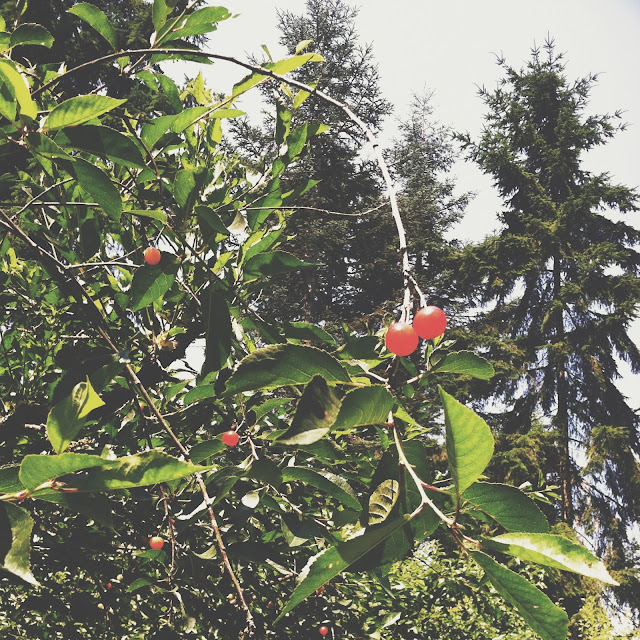 The birds ate most of these sour cherries, but I managed to swipe a few to make myself a sour cherry gin mash, recipe via Country Living Magazine.  Do I recommend it? You bet I do. If you can't find sour cherries, just stick any other fruit in there. It'll probably be incredible. 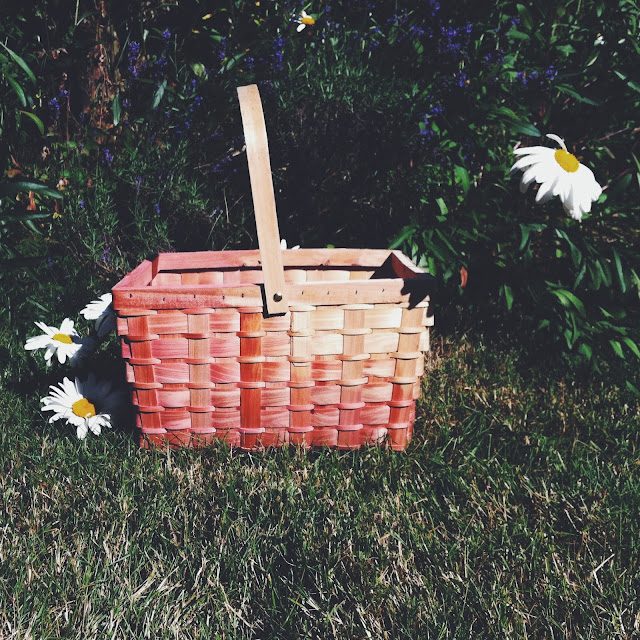 I dip-dyed baskets for Christmas presents last year. Not sure if I ever mentioned it--probably because it was quite the process and not very well-documented. Regardless, I did it and kept one for myself...because I have lots of harvests to carry from the garden to the house. 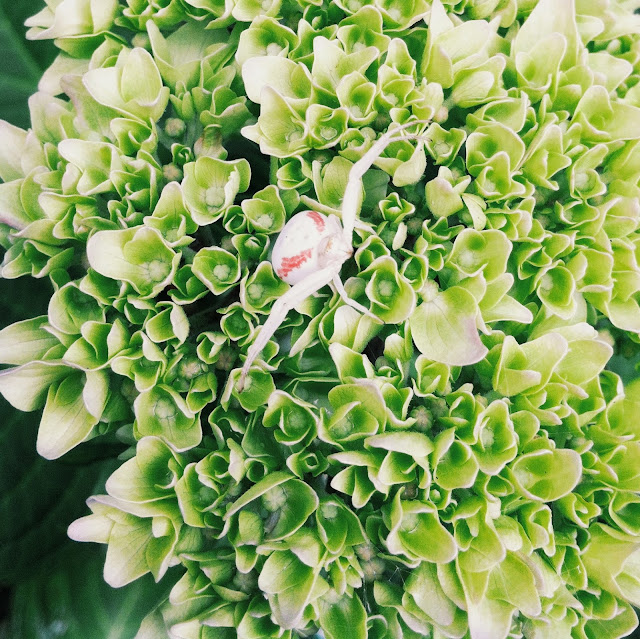 While the hydrangeas budded and bloomed, I followed this delightful spider as it caught and consumed several flies (I have video!). Alas, the hydrangeas are on their way out, and I haven't seen my pretty spider in weeks. 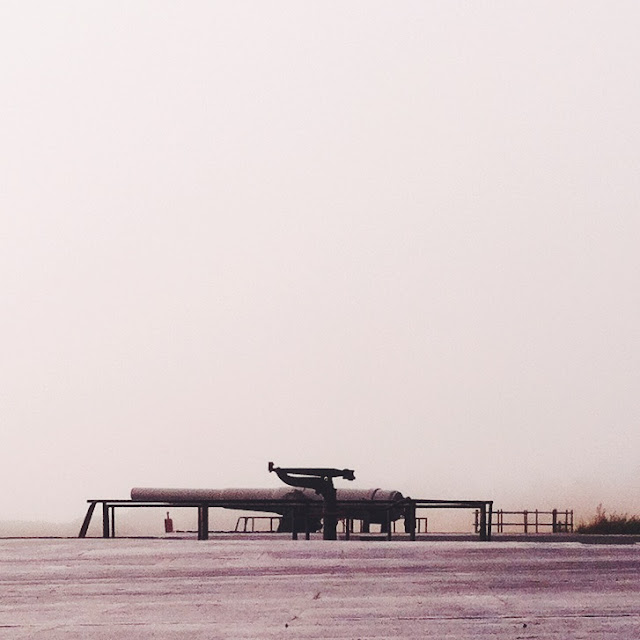 Mom and I visited Fort Casey State Park this week...it was surreal, incredible, and somehow not the site of a serial killer's body cache. The spooky fog and rusty, pitch black abandoned tunnels (which I dubbed murder tunnels because they so obviously are) did nothing to lessen my sense of impending doom. Strangely enough, we had zero run-ins with homicidal maniacs. It was all voles, rabbits, barn swallows, and triplet fawns. Basically, the world without us.

P.S. I learned about VSCO Cam & Grid via Diana of Miss Moss. She selected some really stellar photographers' grids for her June post about VSCO. She also has a VSCO grid: Miss Moss | VSCO. Poke around her grid and blog--she's lovely.

Two other quick things: The main VSCO Grid showcases the best of their users' photos, and I'm always way impressed at the amazing stuff people are able to shoot. And VSCO Journal also has a cool feature called City Guides. Worth a gander.

Don't forget to check out my grid at Christine Nicolai | VSCO or on Instagram at Christine Suzanne. Happy snapping!