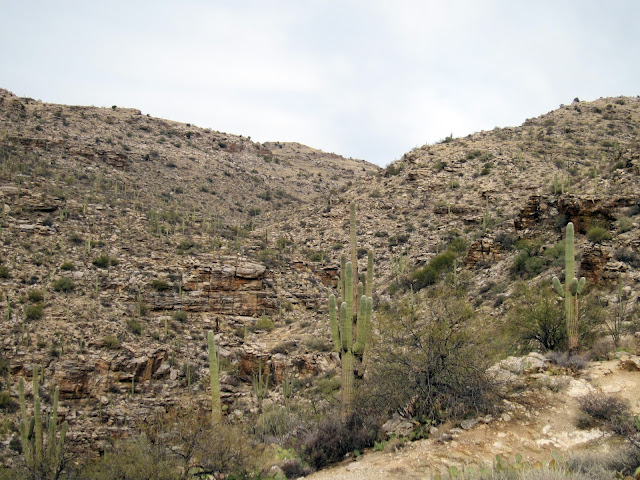 I just got back from Tucson last night, and I had a really nice time. I'm always so amazed by the landscape down there. It's like another earth...

Nicholas and I drove up to Mt. Lemon on Saturday. Well, we tried to, but some drunk person got in a car accident and the mountain was closed for the last third or so. It was still a really pretty drive. Mt. Lemon is the southern-most location where there is a ski resort! It's really bizarre to me that there is skiing and snow less than an hour from Tucson proper.

The drive up provided lots of opportunity to snap some pictures. 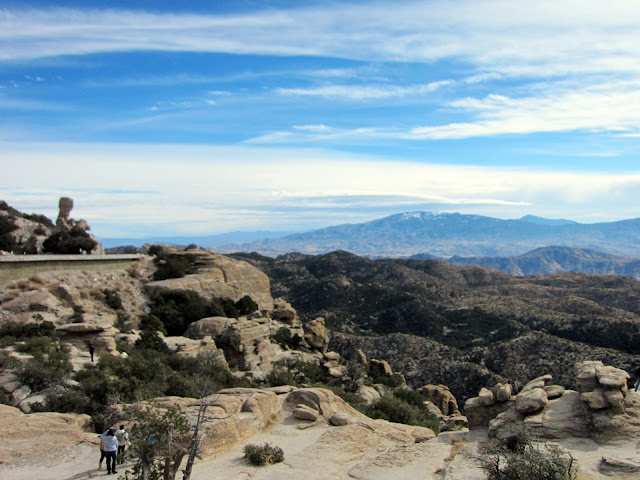 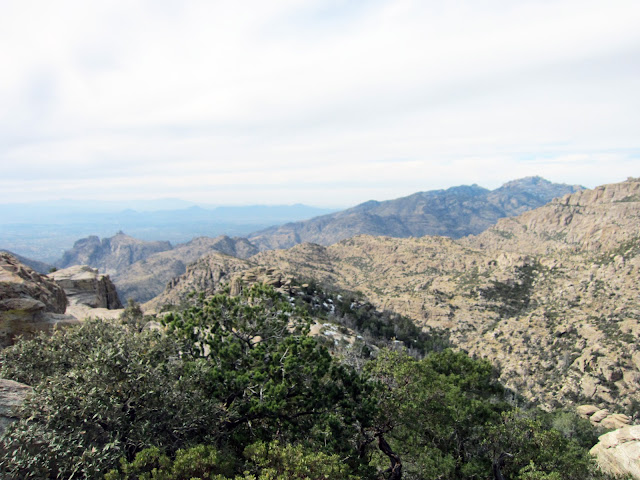 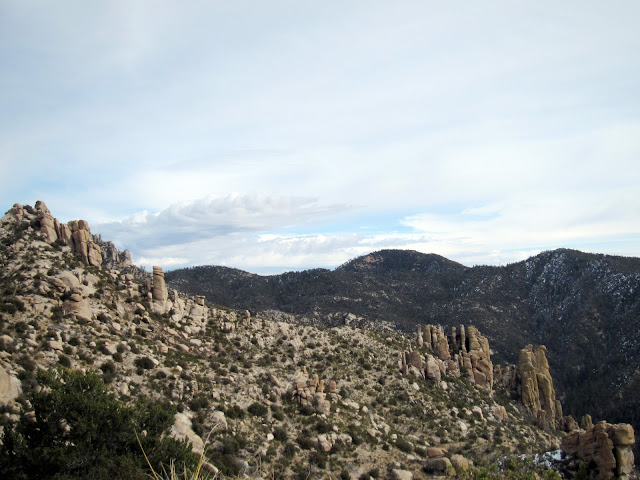 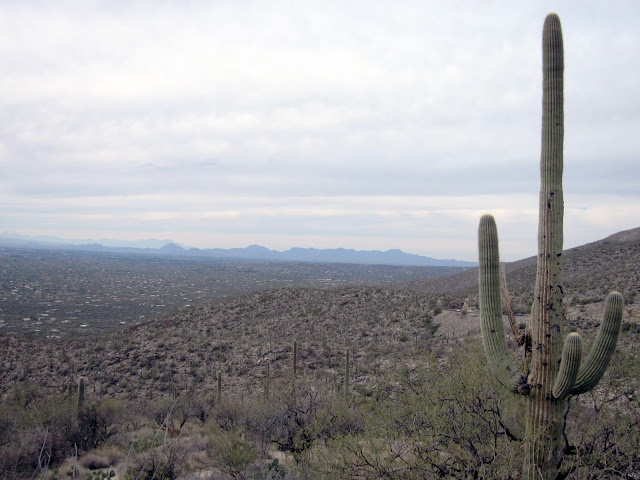 The Mt. Lemon stuff was great, but there are also lots of treasures close by. This mesquite tree is from Nicholas' grandma's backyard. It was leaking some little sap. Fun fact--mesquite trees can soak up water from the water table because their roots have been known to grow down 190 ft! That's why these creepy-crawly trees flourish in dry climates. 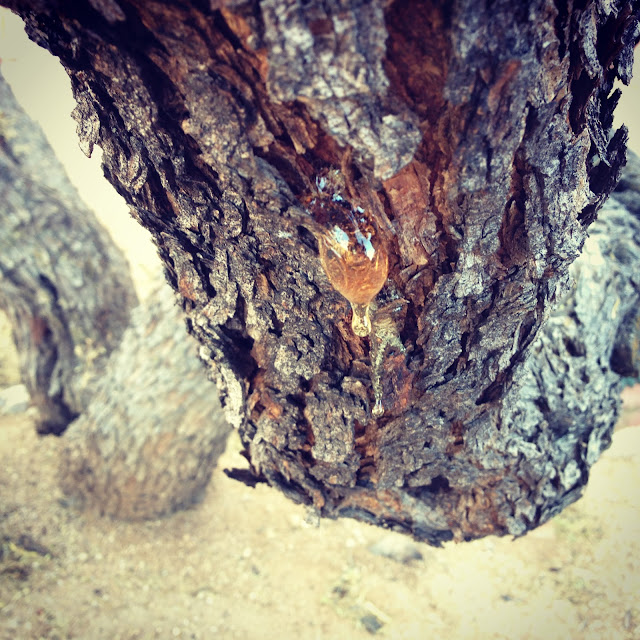 Yesterday morning, Nicholas and I trekked around his parent's five acres and I collected some cholla cactus skeletons. Most of them arrived back in Olympia unscathed...most of them. I left them outside on the porch tonight because I'm convinced there's a scorpion inside at least one of them, and Nicholas did not assuage my fears one bit. 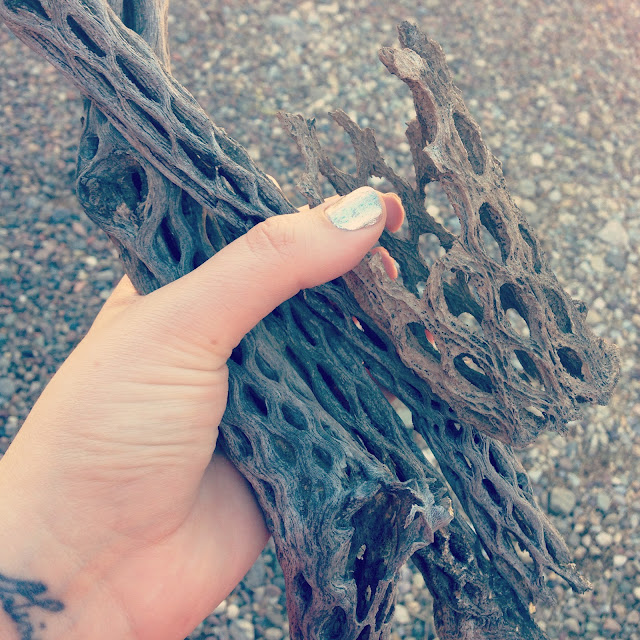 No trip to Tucson would be complete without excessive amounts of corgi time. This is Boris and Yoda. Boris is a quite spry and went on several jogs with us. Yoda tagged along for the cool-down walks. 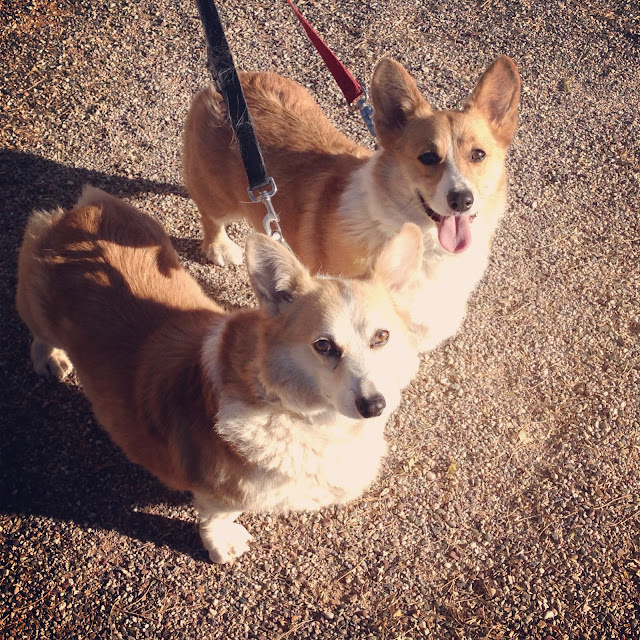 I always feel like I get plenty of bar time after a week in Tucson. This picture was snapped at a favorite location affectionately named The Rusty Nail. I think it was Jeff Bridges. What do you think? 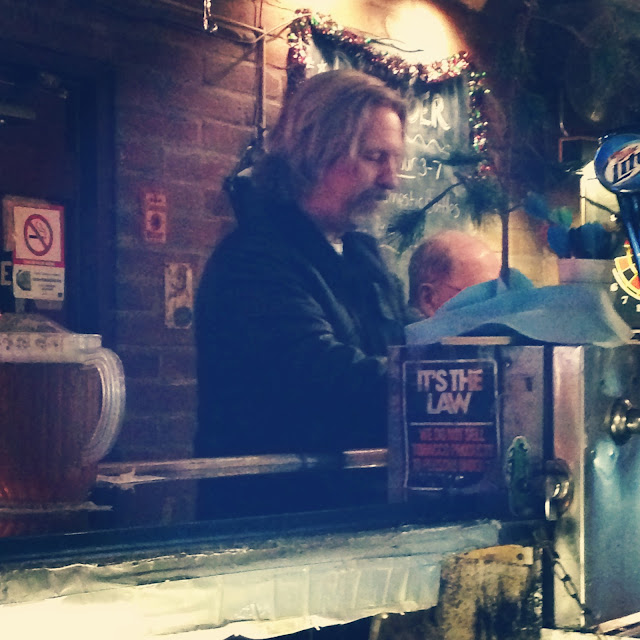 I was born in Arizona, not too far from Tucson (so was Monika), but I don't really remember much about it. It's always enjoyable to visit Tucson and gallivant around town visiting with Nicholas and all of his friends. Hope you enjoyed my mini-photo tour.

Email ThisBlogThis!Share to TwitterShare to FacebookShare to Pinterest
Labels: corgi, home and away, Nicholas, Tucson, vacation