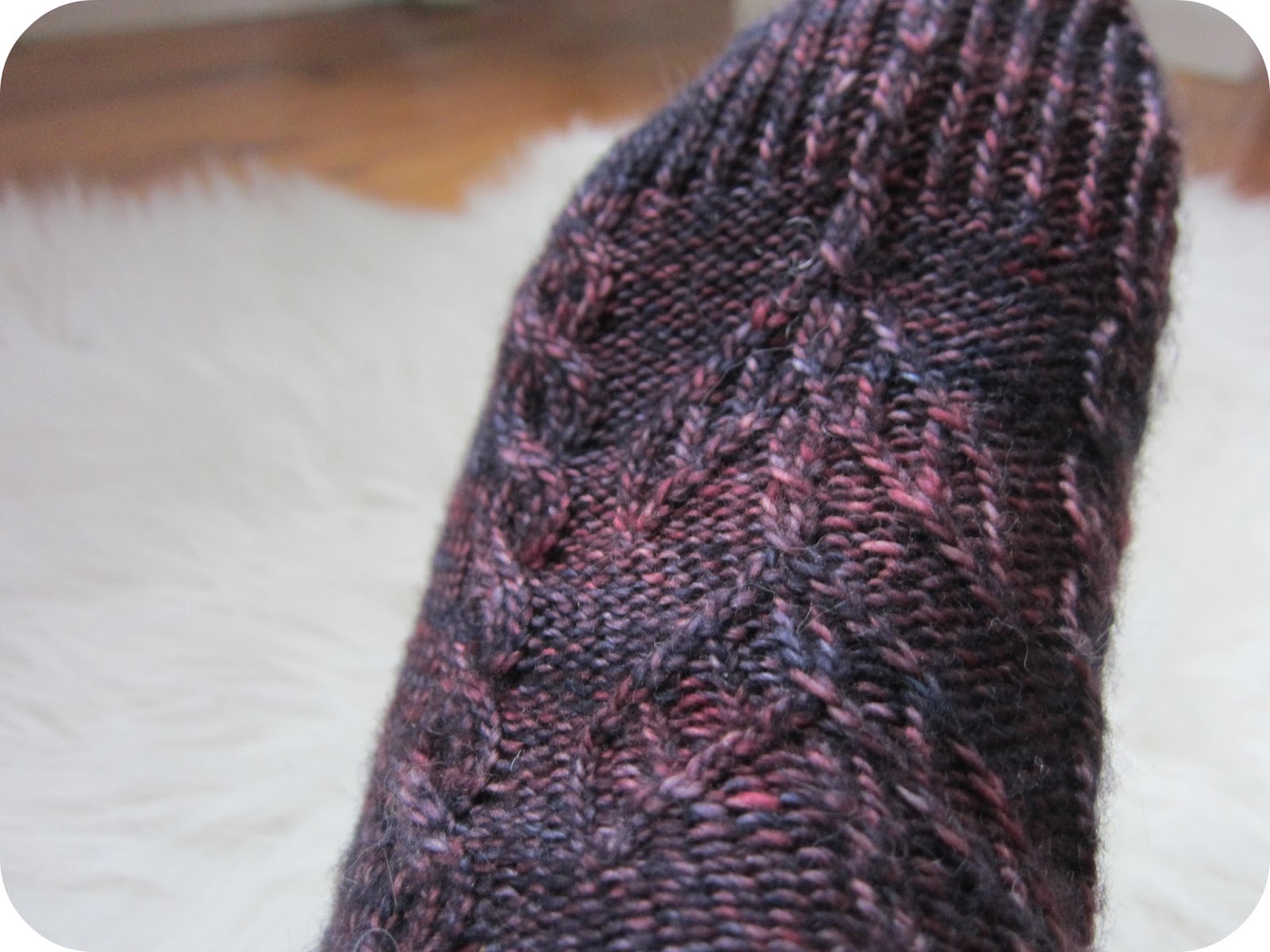 They're done! The godforsaken socks have been knit!!! All of my Christmas 2013 obligations are fulfilled!!!!!

You can read about my the Battlestar Galactica sock details here....and over here (they've been a work in progress ok?). I picked up this yarn in 2012 from Twisted yarn store in Portland, Oregon. It's Malabrigo sock yarn. I bought one purple (named Black Currant) and one blue-hued (named Baltic) skein. The blue ball (ha) ended up being knit into the Song of the Sea Cowl for my mom for Christmas. Now that I think about this, both of her Christmas knits were made out of Malabrigo sock yarn--neato!
I always forget how awkward it is to get a flattering sock picture. I don't think I figured it out in this post. 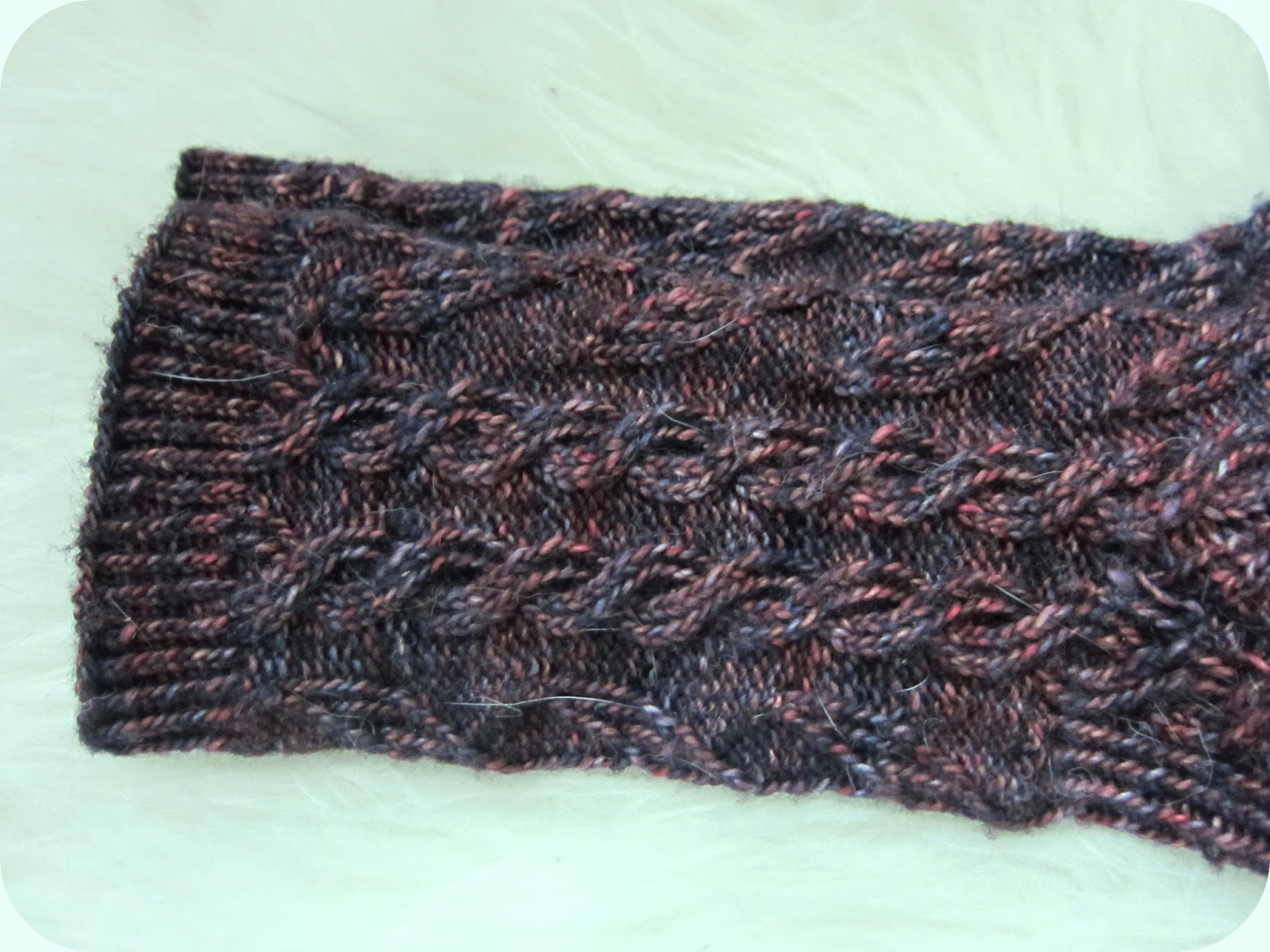 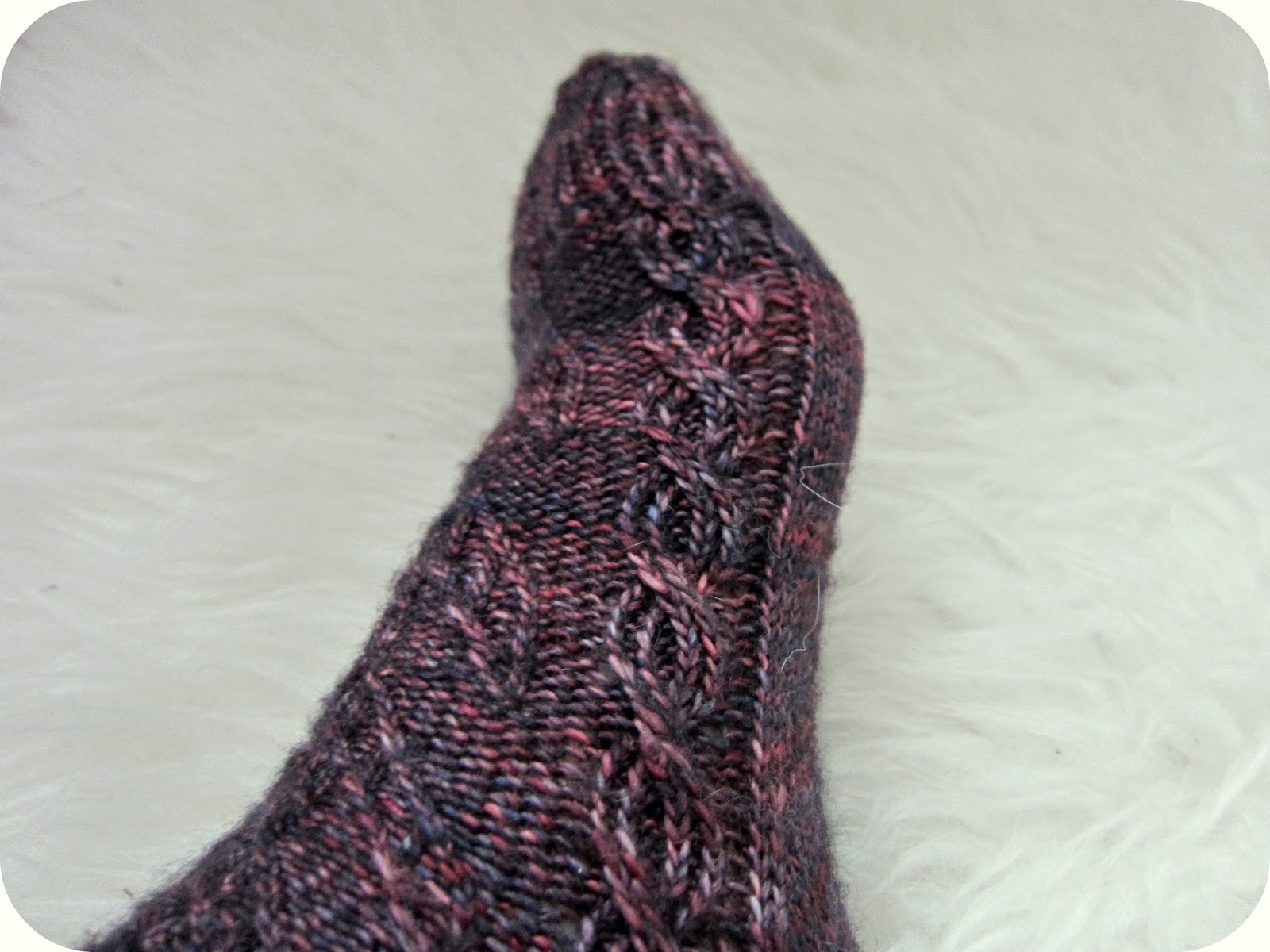 Side note: I have only visited Twisted Yarn Store once, but I blogged about it back in 2012 because it was such a lovely yarn shop. I bought quite a bit of yarn and have since knit something out of ever last ball--that doesn't always happen. I was pleased with each and every project. Take a look for yourself...an inventory of Twisted Yarn projects.

Christine's Woodland Shawl (or as I named it on Ravelry, she keeps me warm)
Mom's Song of the Sea Cowl (like a wrecking ball)
I knit some mittens with Malabrigo yarn from Twister, but I guess I never blogged about them. I've knit three pairs of these Grove Mittens by Brooklyn Tweed over the last 3 years, and I believe I gave them to my mom. I could never get the sizing right. Mittens are hard to fit on my gigantic hands. Sigh. Here is the pair I knit for Christine (I think I only knit them for her because they didn't fit me when I was done) forget her and forget you too.
Posted by Catherine at 8:00 AM