DIY: Happy Valentine's Day, No One! 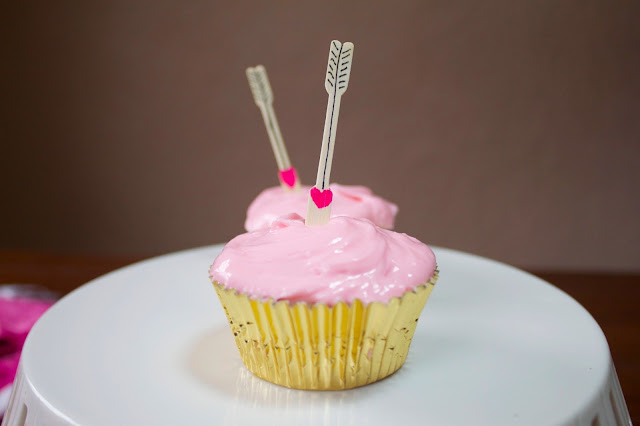 I stumbled upon this recipe for 2 cupcakes on Pinterest a few weeks back, so I thought why not give it a go? In order to Valentine the cupcakes up a bit, I decided to make a quick and easy topper using supplies I already had... 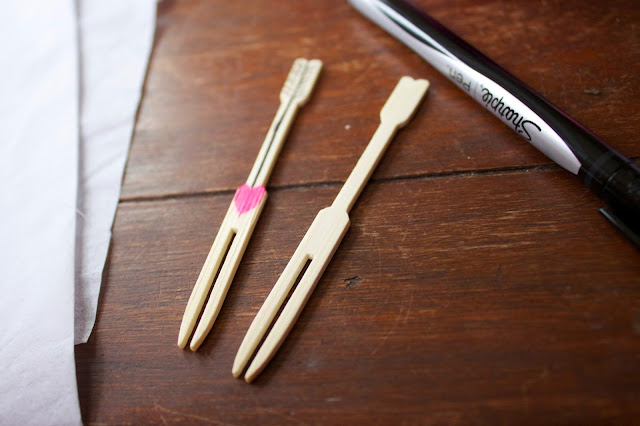 I used these bamboo forks--already arrow shaped--took a black and a pink marker and drew on some arrow details, then added a cute little heart. The frosting was made with cream cheese, powdered sugar, and red food coloring. You can find the bamboo forks at grocery stores or on Amazon. 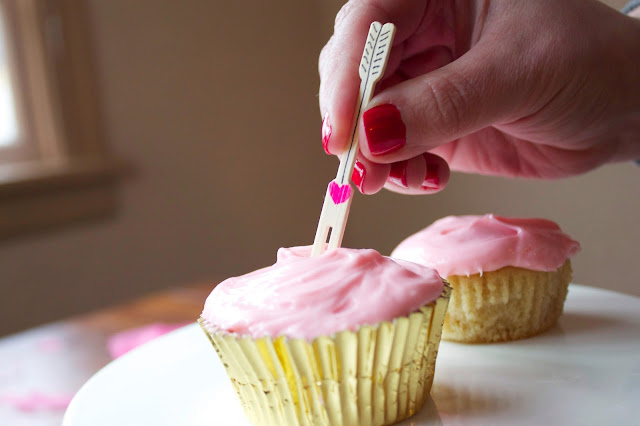 Now, all that's left to do is place the toothpick in the cupcake and you're good to go. You could make these two cupcakes for you and that special someone on Valentine's Day...or you could make two of these cupcakes, cheers your sister with your cupcake, shove that cupcake in your mouth, and say Liz Lemon style, "Happy Valentine's Day, no one!"

I recommend the latter. 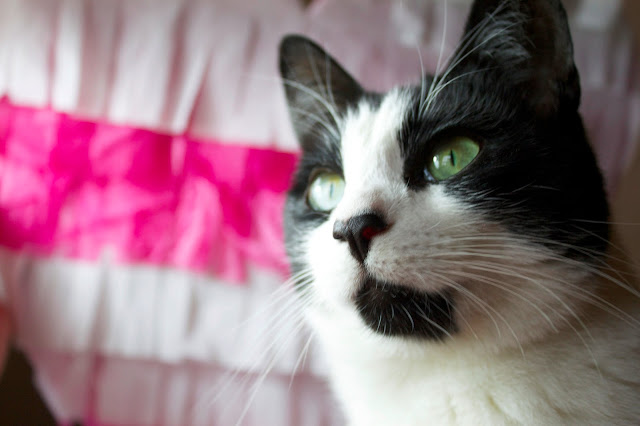 I should be honest here and say that the cupcake batter is so much better than the baked cupcake (the baked cakes are still a tasty treat if you don't need an entire batch of cupcakes), but it just wouldn't have looked very good blogging about eating cupcake batter. I mean those photos aren't pretty and won't get any pins on Pinterest. Jokes!