It just felt so right.

So for a while now I have had a pretty little bowl filled with knitted wool balls sitting on my coffee table. I always mean well and yearn to finish the project for which they were intended, but that day never seems to come, and it never will. As time went by the project was upgraded to full-on felted wool balls, and boy are my fingertips sore. 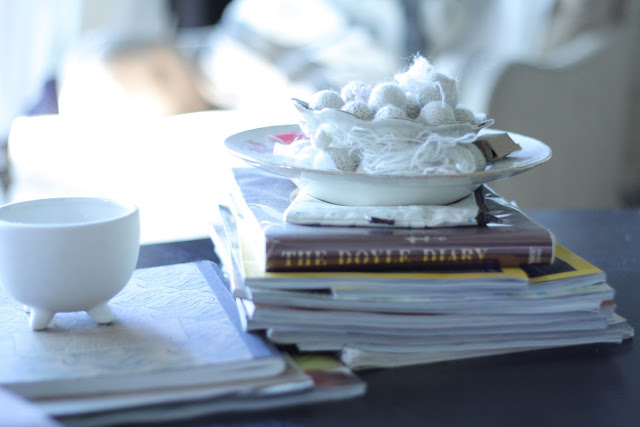 Both frames have a little touch of color--it's not as aggressive as color blocking, but since I plan on
hanging them in the bedroom I figured I'd go neutral to sing me to sleep.

Both frames were originally just plain gold frames from a thrift store, no glass and no backing. Which was
fine for me, and I do like gold, but for this project I decided to go cream with some light grey accents. 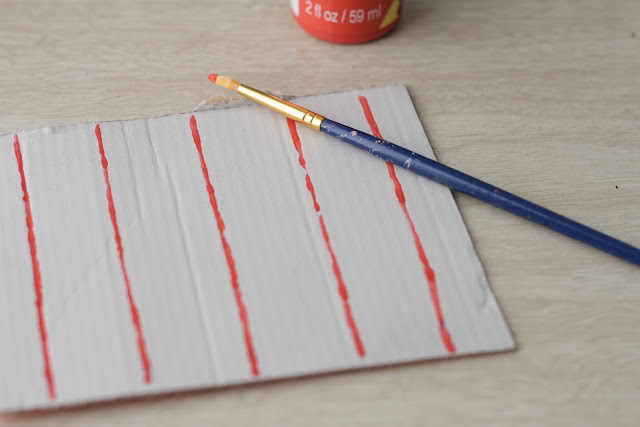 As I just mentioned, glass wasn't necessary, but for the backing I made a card board insert and
painted it a matching neutral tone, with a little bit of a kick. 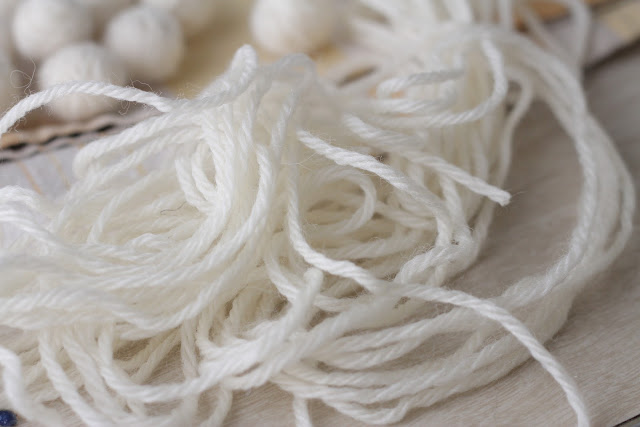 Instead of using the knitted wool balls, I decided to take the yarn and felt the balls.
I used an undyed fisherman's wool so it felts nicely. 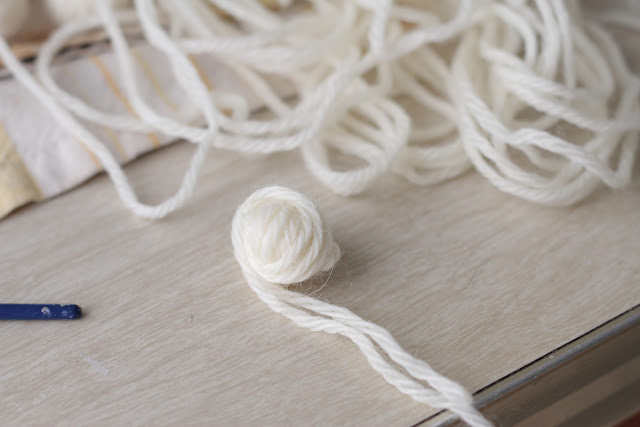 I rolled it in a loose ball, neatly so I could save the texture, and tightened it up with my coarse felting needle. 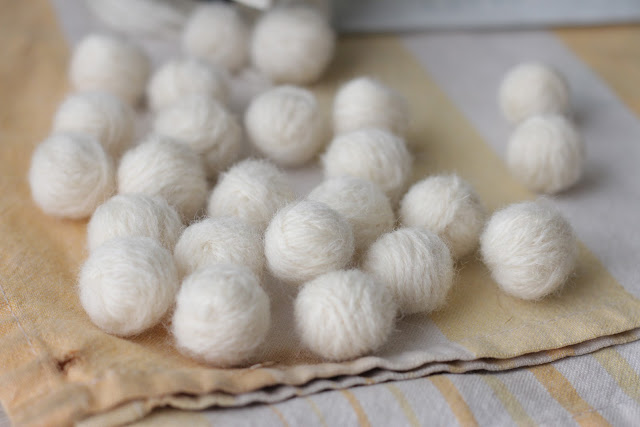 It was much faster than knitting and gave me a cleaner finished product. 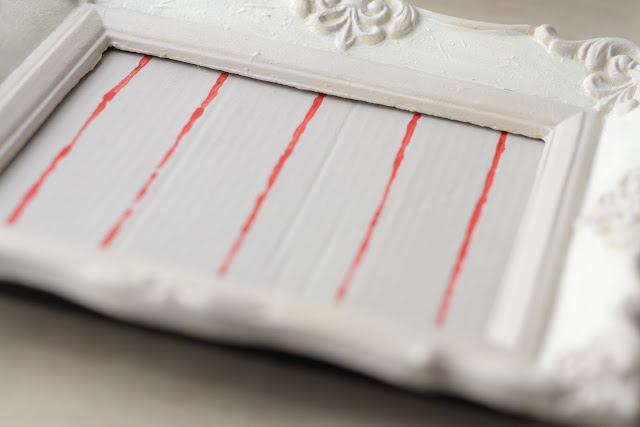 After the hot glue gun was all warmed up from gluing the backing to the frame,
I was ready to arrange my felted spheres. 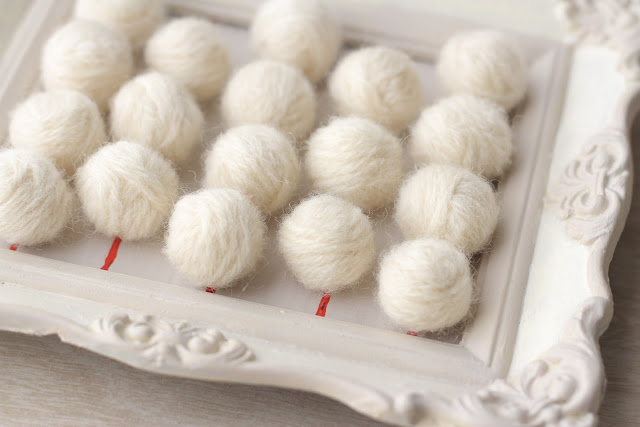 Typically, I would have filled the entire frame space with balls, but since I added the accent color
on the backing I wanted it to show through. 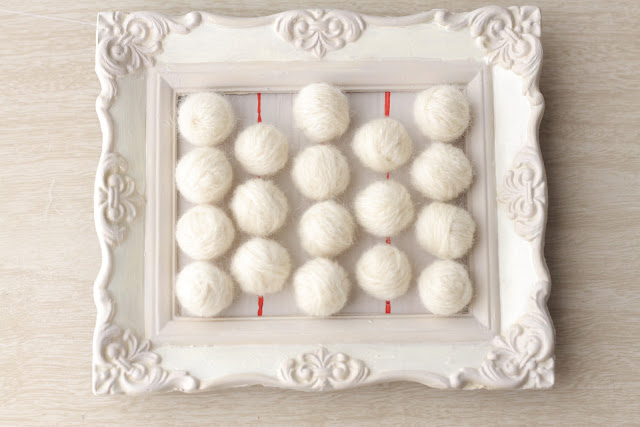 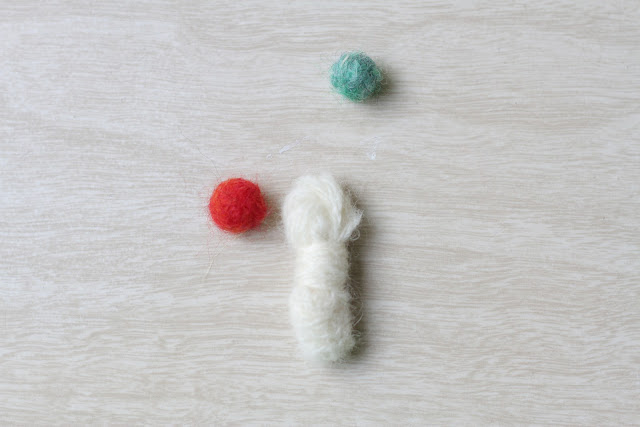 For the second frame I decided to mix it up again. I felted a couple small balls and a little woolen ornament. 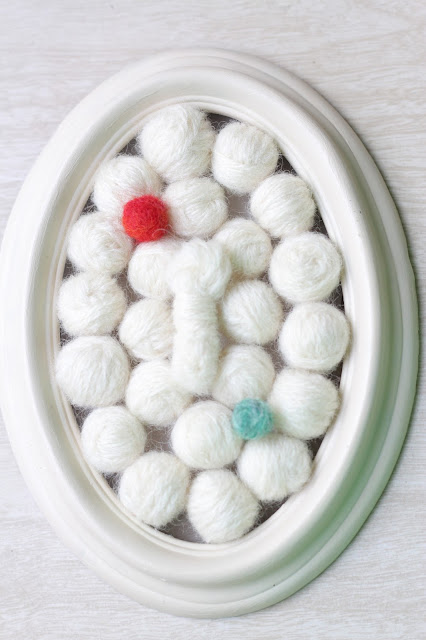 I used the entire frame space on this one, something about how they all fit together really sits well with me. 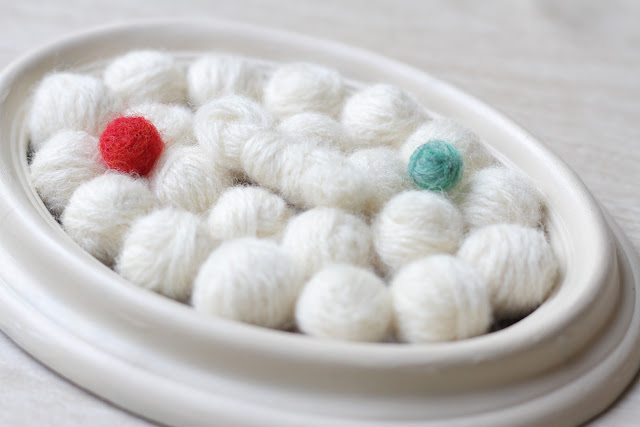 This one reminds me of holly, but not in a Christmas-y sort of way. 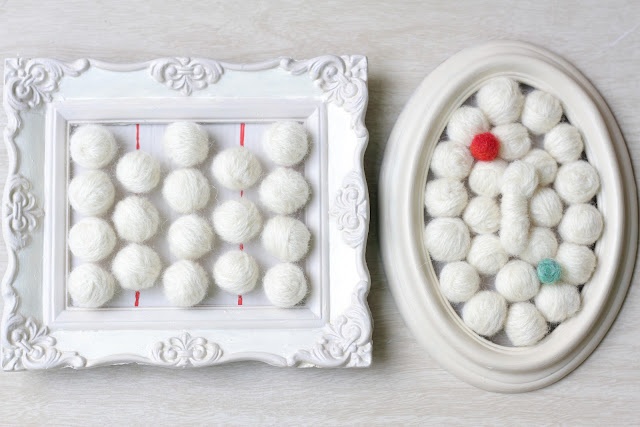 Even though I didn't use my original knitted balls, I feel very accomplished to have finally gotten this
project out of my head space. Here's to Sunday projects gone right!!